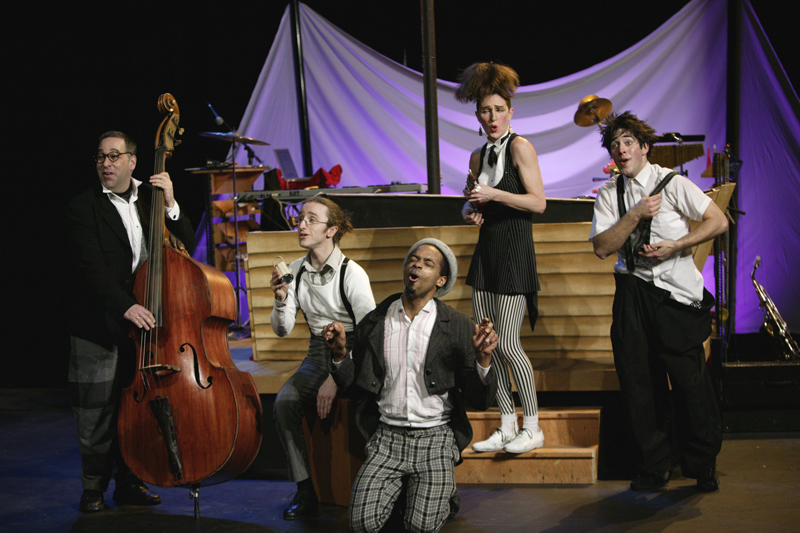 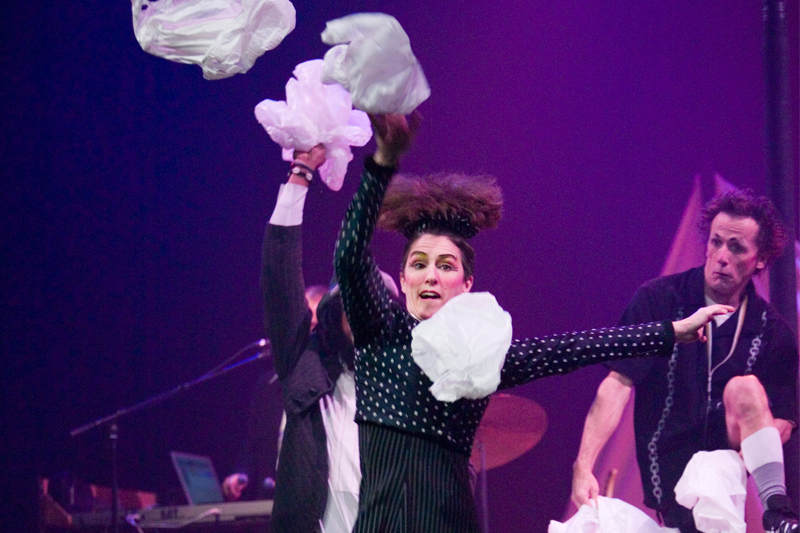 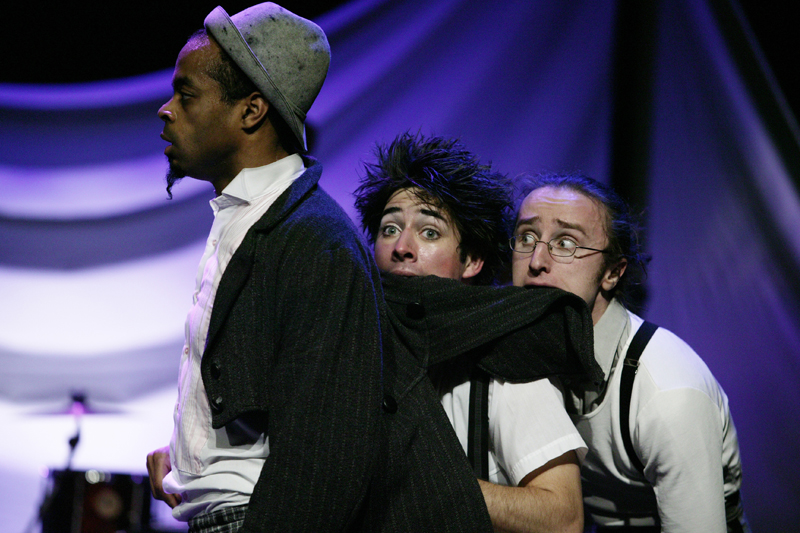 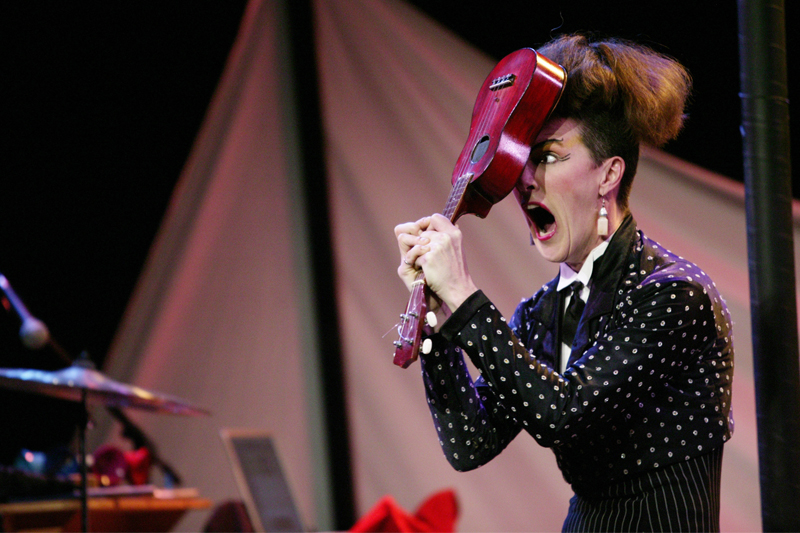 These five extravagant characters, who are also talented musicians, brilliantly orchestrate anarchy. With them, what was supposed to be temporary goes on and on, with the performers adding their own unique touch. Keep your eyes and ears open, because each second counts and anything can happen!
Aaatchoum ! is the unique and fabulous story of Madame Soiz singing tour, a capable, active woman. She is accompanied by….
Fabrice, the orchestra conductor who does is best to keep up appearances;
Olivier, who seems able to make music out of everything he touches;
Jean-Marie, who has the honour of having been named master of ceremonies.
and Rocco, who oversees the whole operation

Although she tries to keep her troops in order, Madame Soiz is constantly prevented from performing her songs by numerous incidents that keep cropping up. The far-fetched ideas of her unpredictable colleagues take on unheard-of proportions!

The zaniest show, from beginning to end! Don’t miss this great circus of life, even if you have to travel to see it. You won’t regret the trip!