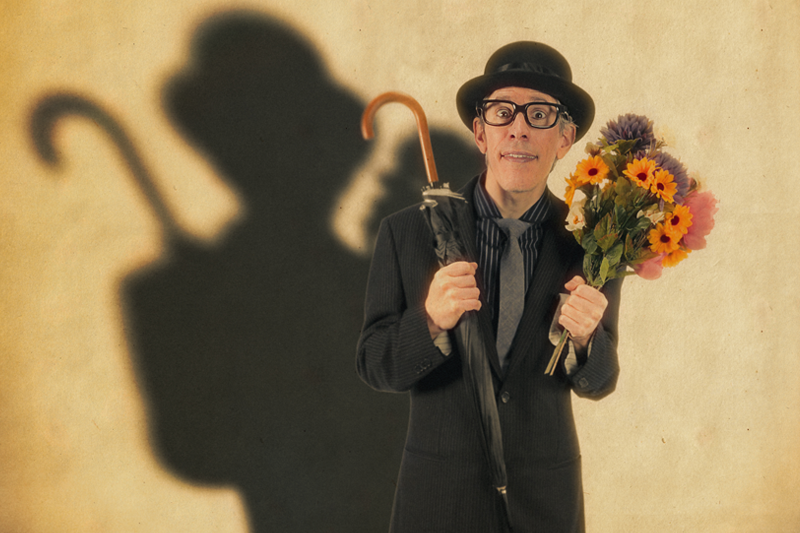 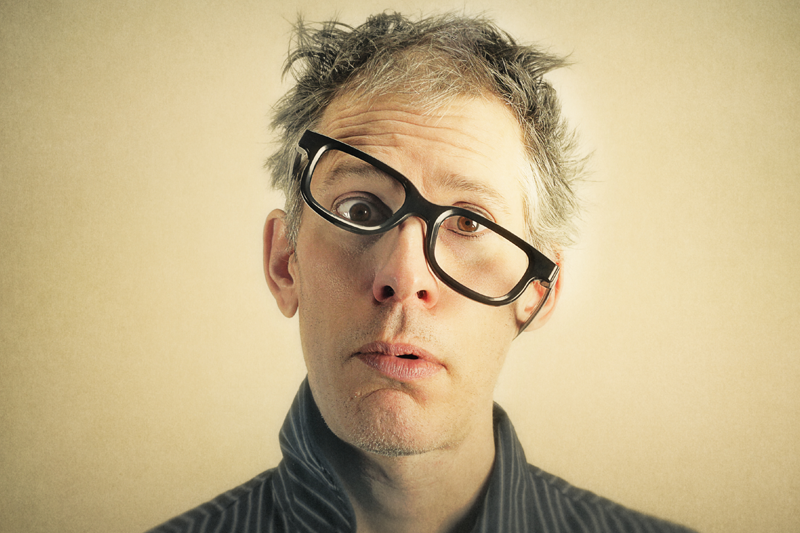 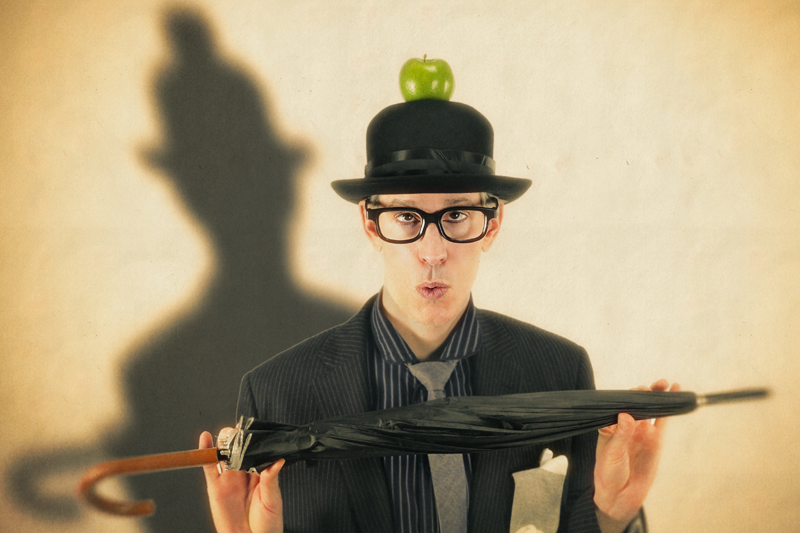 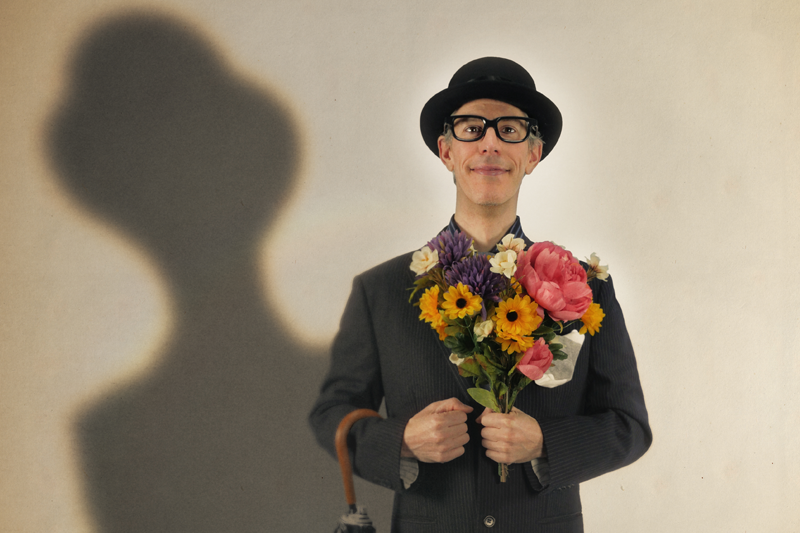 When the unexpected happens...

Mr. Walter lives his life alone in his little apartment.
One morning, his world is turned upside down...
Catapulted into a surrealist world,
thrust into absurd twists and turns,
Walter is taken on ludicrous adventures
and even runs into his Alter Ego!

Juggling literally with the world of Magritte, this clownesque and playful creation by L’Aubergine is an invitation to enter the world of dreams where anything is possible. Music, surprises, fantasy and jests await: happiness guaranteed!

Anne-Fay Audet Johnston is a circus artist from Quebec. Specializing in swinging trapeze and hand balancing, she knows how to brush the sky with the tips of her toes and how to root herself to the ground to become one with it. She cultivated her interest in circus through a professional training at the National Circus School from 2006 to 2009.

Since then, she has explored many facets of professional circus, both in Canada and abroad. She has participated in several contemporary circus creations, including Cie les Confins, Bianco from the Nofit State company and Féria by Flip Fabrique. She has also worked with Haut-Vol productions, Cirque de la Pointe-Sèche, Cirque Éloize and Cirque du Soleil for special and corporate events.

Writer and director Melissa Bouchard graduated from the Directing and Creation program at the Conservatoire d’art dramatique de Québec. With the completion of a master of arts degree in Performing and Screen Arts in 2014, she presented her creation Les frères Velivolum, a multidisciplinary production inspired by Charlie Chaplin and Buster Keaton. Focusing her work on multidisciplinarity and gestural theatre, she co-founded the Théâtre de la Bacaisse in 2014 and became its artistic director.

In addition to writing the scripts and directing the company’s shows, in 2017 she brought a new concept to life with mobile theatrical shows in the Bas-Saint-Laurent region. In 2019 and 2020, she served as an assistant director to Michel Nadeau, Véronika Makdissi-Warren, and Maryse Lapierre. In 2020, she directed Nom d’une botte!, a gumboot theatre-dance show for young audiences produced by Les Malchaussées, Beethoven à Québec by P’tits mélomanes de Québec, and Sous l’eau by Théâtre du Gros Mécano, in addition to creating Pop-Up Fest, a travelling street performance show in Quebec City.

Benoît Lemay started playing music at the tender age of five and first took to the stage at 15 as a circus performer. Through his years of training at the École de Cirque de Québec, he learned juggling, the Chinese pole, the Russian bar, and clowning, disciplines he shared with the public as part of Cirque Éos from 1998 to 2002.

In 1995, he co-founded Les Tourisk, a juggler-unicyclist quartet, with whom he performed around the world until 2014. In 1997, the International Juggling Association awarded Les Tourisk the Gold Medal and the People’s Choice Award in Las Vegas. In 2008, Cirque du Soleil called on the jugglers to be part of a major show specially created to mark Quebec City’s 400th Anniversary. That same year, Benoît co-founded Théâtre A Tempo. La Grande Étude, the company’s first show, has now been presented more than 600 times since its creation. Benoît doesn’t just perform on stage at Théâtre A Tempo—you’ll also find him behind the lighting console, at the wheel driving countless kilometres during tours, at the computer designing the website, with his head in the toolbox trying to make or fix something, or on the phone reassuring technical direction that everything is running smoothly. Just look around and you’ll find him somewhere! Benoît is a man of many hats, yet he still finds time to collaborate with other companies. He has a true passion for theatre and never stops broadening his horizons.

After 10 years of gymnastics and dance, Mylène joined the École de Cirque de Québec in 1997 where she quickly specialized in the aerial disciplines. Among the first cohort of graduates from the Sports-Arts-Study program in Circus at the École Cardinal-Roy, she continued down her career path and worked with the company Cirque Eos until 2002. She then travelled the world through events and companies as an independent artist, all while continuing to teach the circus arts.

In 2008, she joined the Cirque du Soleil show Varekai and toured with the production until 2013. Since then, she has split her time between different arts-related projects.

As a guitarist, he has accompanied and toured across Europe and Asia with numerous Quebec and European artists, including Daniel Lavoie, Luc de Larochellière, Julos Beaucarne, Maurane, Anne Sylvestre, Claire Pelletier, and Steve Barakatt. In 2012, he received the Prix Bernard-Bonnier for his music for the play Endgame by Samuel Beckett, directed by Lorraine Côté. In 2020, he composed the music for a series of podcasts for the First Nations Book Fair. Marc Vallée is one of L’Aubergine’s loyal collaborators: Walter Ego is his seventh production with the company.