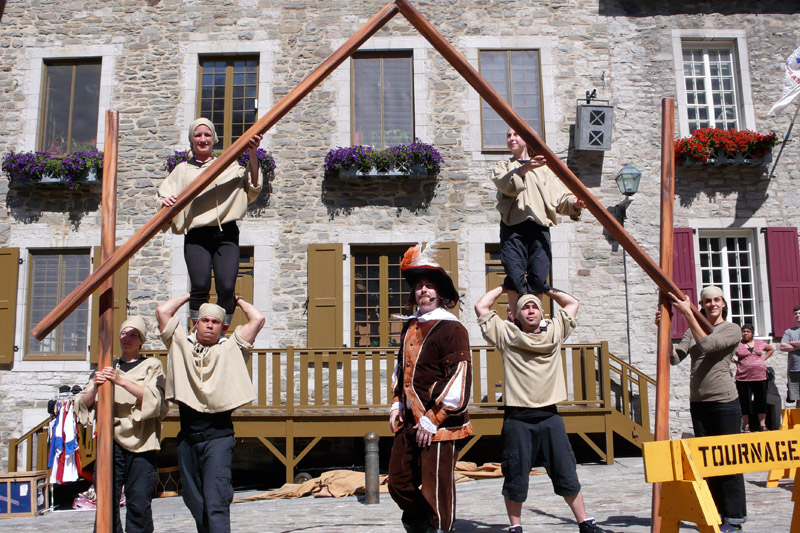 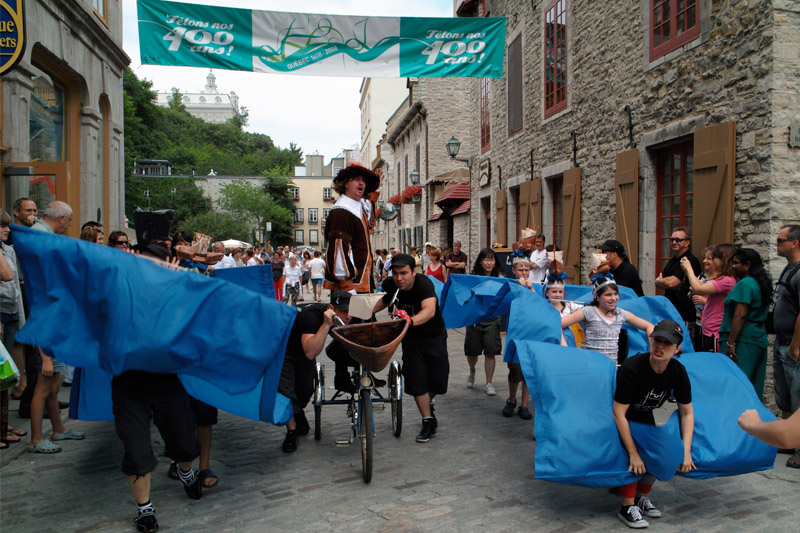 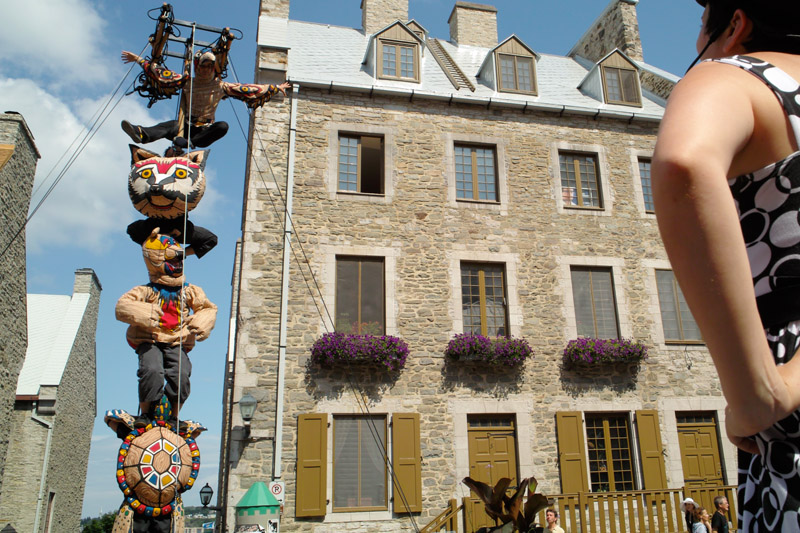 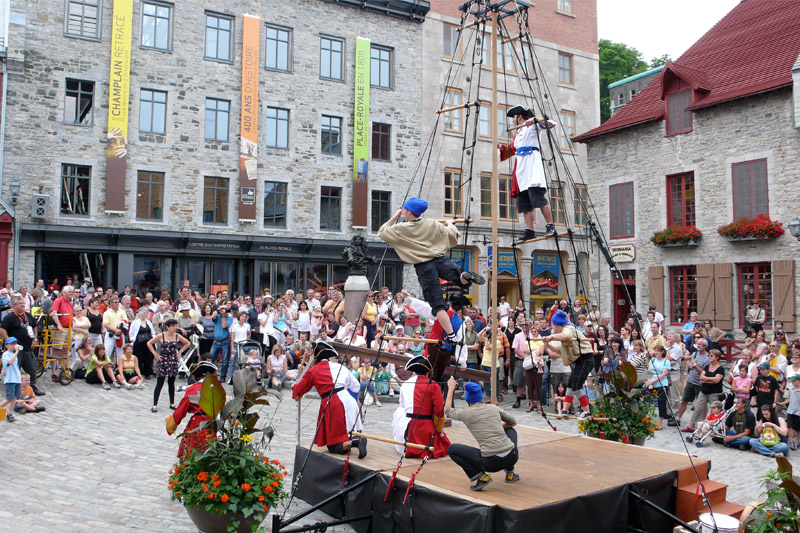 For one summer, Place-Royale in Old Quebec was turned into a large, very, very animated film set: that of Zoom on Place-Royale, a playful theater fantasy spawned by L’Aubergine and presented by the Musée de la Civilisation. This historical comedy saga featured a dozen young professional artists from Quebec City, the École de Cirque de Québec and the Conservatoire d’Art Dramatique.

Using the shooting of a film on the history of Quebec City as a pretext, this sometimes poetic, sometimes playful unconventional street show presents a selection of notable moments in the city’s history, on the very plaza where it was built. In a remarkably simple but admirably effective decor, it evokes Champlain’s crossing of the Atlantic, the great fire which ravaged Quebec City in 1682 and the Battle of the Plains of Abraham.

While a director, a few members of the “film” crew and even Champlain himself take turns speaking their respective lines, jugglers, tight-rope walkers and extras complete and enliven every scene. An attractive show designed for and with the audience! Each act brings its own lot of surprises, enough to leave even the greatest director a little out of breath.

Created in 2008
80 performances from June to September